Depending on the capabilities of your server, you can allocate additional resources that the plugin can use. Basic computations are handled well in parallel, and additional threads can greatly speed up processing. The difference will be more noticeable with large amounts of data.

During plugin downtime, the allocated resources remain available to the system. They are only used when performing tasks. 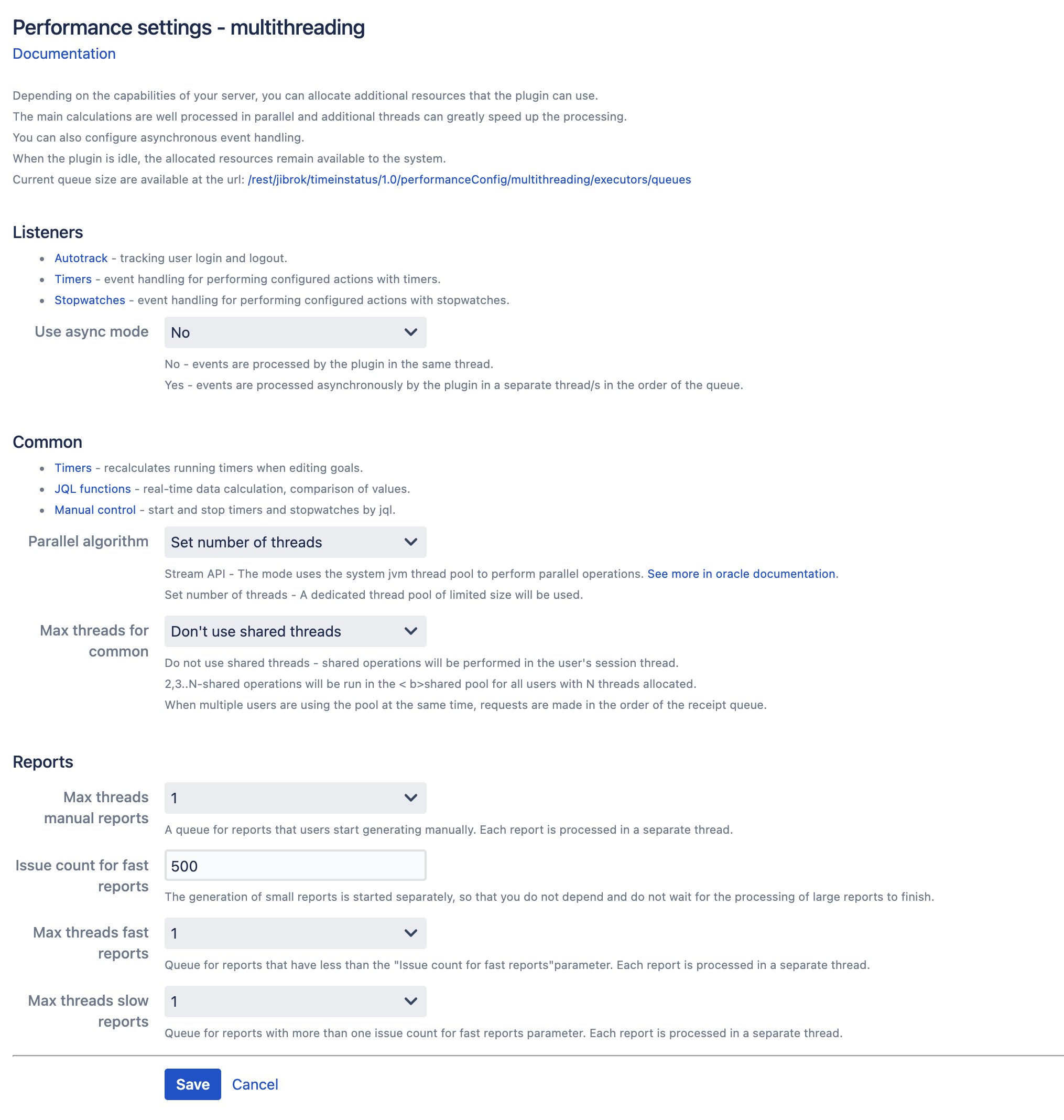 You can set up asynchronous event handling. This will remove any lags in the UI caused by event handling. In this case, the user interface will not wait for the processing of events to be executed in the background mode.

The main beneficiaries of multithreading are real-time data search functions. And as a consequence, dashboards and filters that use these functions.

There are two multithreading modes available:

Latency problems are common in large and heavy computations. For example, calculating the time in the status for 1,000,000 tasks is a rather difficult operation. Allowing the plugin to fully utilize the processor can cause the expected brakes in Jira while performing such calculations. To avoid unreasonably heavy calculations, there are limits on the number of calculated tasks within one request. This will reduce the latency almost linearly. If 1,000,000 tasks take N seconds and create a delay of N seconds. Then reducing the number of tasks by 100 times will reduce the delay time by 100 times.

Below is a table with experimental data. The table is based on real data, but serves solely to demonstrate the dynamics of changes in the query execution time depending on the settings. 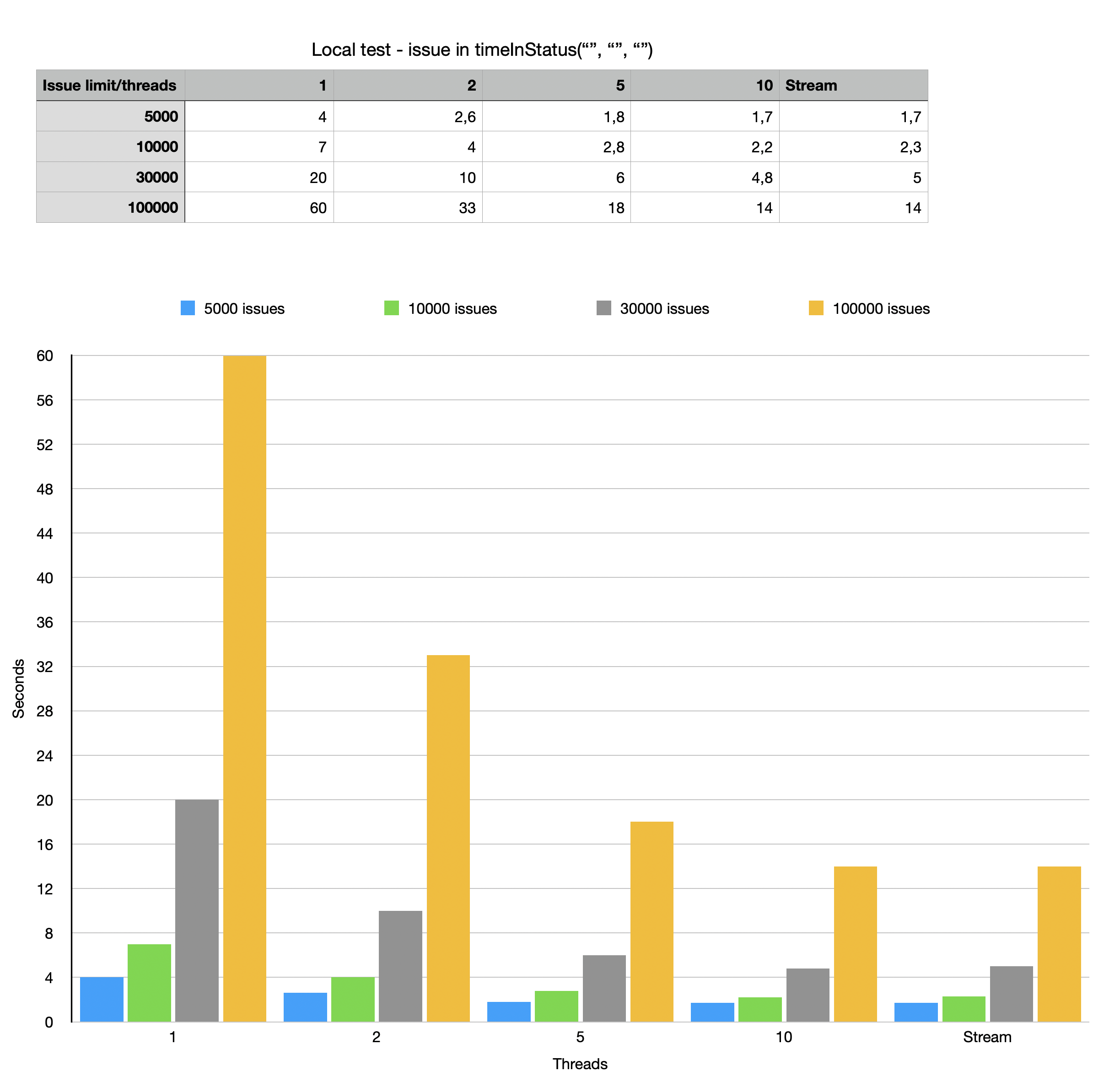 The engine has not yet exhausted all the optimization possibilities. It will get better in newer versions of the app.

In general, you need to focus on free processor resources.

Reports are processed in separate queues, which can also be configured. The reports have three queues.

If report generation is started automatically on a schedule, then one of the following queues is used.

The boundary for getting into the fast and slow queues is set by a separate parameter in the form of the number of tasks.

Changes in the number of threads are not instantaneous. It will change as soon as the thread pool has completed the current tasks (it may take a few minutes).